Adaptive optics is employed in modern telescopes in order to correct the wavefront distortion induced by the Earth’s atmosphere, yielding blurred images. As a reference object for adaptive optics so-called laserguide stars – laser-excited sodium atoms in the upper atmosphere – can be used. TOPTICA’s SodiumStar is a compact turn-key guide star laser system at 589 nm with an output power of 20 W, yet a linewidth of less than 5 MHz.

For the observation of astronomical objects, the size of telescope mirrors has been continuously increased over the last years. Telescopes with large primary mirrors or even multi-telescope arrays were built in order to enhance the optical resolution and the collection efficiency, respectively.  Several telescopes with mirrors of more than 8 m diameter were installed, e.g. the Very Large Telescope (VLT) of the European Southern Observatory (ESO) in Chile or the 10 m Keck Telescope in Hawaii. The high resolution of the telescopes, however, is thwarted by turbulences in the Earth’s atmosphere: different temperature layers with different refraction indices act as little lenses, thus distorting the wavefront emitted by the astronomical object. Therefore, images acquired by these ground-based telescopes appear blurred by atmospheric distortions. In order to obtain diffraction-limited images, one measure for avoiding these distortions is to install the telescope above the Earth’s atmosphere, like the Hubble or the James Webb Space Telescope. However, the size of telescopes that can be transported to space by today’s rockets is limited by the weight of the mirrors and the budgets available.

For ground-based telescopes, a possibility to obtain diffraction-limited images is to apply a technique called adaptive optics in order generate a plane wave. This technique is not only applied to correct optical aberrations in astronomy but also e.g. in retinal imaging systems. The incoming wavefront (emitted by a star and distorted by the atmosphere) is reflected off a deformable mirror and subsequently analyzed by a wavefront sensor (e.g. a Shack-Hartmann sensor). This wavefront sensor provides a continuous feedback signal to adapt the curvature of the deformable mirror, in order to obtain a flat wavefront in real-time (rates up to 1000 Hz). In this way, a point-like object will be almost point-like in the resulting image, and diffraction-limited images are obtained.

For this adaptive optics approach, point-like reference sources in or just outside the telescope’s scientific field of view are necessary. To this end, sufficiently bright stars of point-like appearance are employed – so-called ‘Natural Guide Stars’ (NGS). The telescope optics is continuously adapted such that these NGS appear point-like in the image. In this way, also the wavefront distortion for adjacent objects is corrected. Unfortunately, stars that qualify as NGS are very rare, limiting this approach to small segments of the sky only. A solution to this problem is to produce artificial point-like objects in the night sky using laser-based techniques (“laser guide stars”, LGS). One realization of a LGS is to excite the sodium atoms which are present in the mesosphere, 90 to 110 km above the Earth’s surface. This layer is evenly distributed, relatively stable and furthermore high enough above the turbulent atmosphere, such that the emitted fluorescence light will suffer the same distortions in the atmosphere as the light emitted by the object of interest.

Until recently, sodium laser guide stars were realized using dye lasers or sum-frequency mixing of solid-state lasers, but both approaches are limited in optical output power and extremely demanding in maintenance. In order to excite the sodium atoms in the mesosphere, a very strong laser that is resonant with the sodium atoms is required. A continuous-wave laser with a linewidth of less than 5 MHz at 589 nm and fine-tuning capability in order to match the hyperfine structure of sodium is mandatory. A power of at least 20 W is necessary to create a sufficient flux of fluorescence photons at the telescope.

TOPTICA’s solution to these requirements is the SodiumStar, a compact, reliable, turn-key laser system with 20 W output power, built in cooperation with the Canadian company MPB Communications. The system is a combination of a spectrally narrow diode laser at 1178 nm (DL DFB) employed as seed laser, a novel narrow-band Raman fiber amplifier approach, and resonant frequency-conversion to 589 nm. Raman amplification is based on nonlinear interaction between a seed laser and a broad-band pump laser within an optical fiber. A low frequency ‘seed’ photon induces inelastic Raman scattering of a higher-frequency ‘pump’ photon, thus generating another photon at the frequency of the seed laser and a phonon transmitting the excess energy to the medium. Over the last years, a technique to obtain high-power narrow-band Raman amplification, with a linewidth limited only by the linewidth of the seed laser was developed at ESO and is now licenced and matured by TOPTICA Photonics. The SodiumStar features a linewidth of less than 5 MHz at 589 nm and a tunability of 30 GHz. It is a rugged industrial laser solution that can be remotely operated and even endures the harsh environment at high altitudes where the telescopes are located. Since 2014, all major ground-based optical/IR observatories have been equipped with SodiumStar laser systems.

This power scalable approach also offers solutions for other high power continuous-wave visible laser applications such as laser atom cooling, Sodium LIDAR, laser image projectors, laser TV, medical therapy or super resolution microscopy. It is implemented in the DLC RFA-SHG pro, based on a DL 100/ pro design as a seed laser, featuring an output power of 2 W, a linewidth of less than 1 MHz and 20 GHz mode-hop-free tuning range.

There are other exciting applications of guide star lasers in the fast-growing fields of space situational awareness and optical satellite communications. Already today, the TOPTICA SodiumStar supports high-resolution space observations, for example for imaging spacecraft, satellites or space debris in low, medium or geostationary orbits. Also, with increasing bandwidth demands, a shift from RF and microwave communications to laser communication with and between satellites will take place. In particular for laser uplinks from Earth to satellite, as well as laser communication to deep-space probes, laser guide star adaptive optics is considered to be an enabling technology. However, fully supporting these applications, which includes for example daytime operation, poses additional technical challenges for the laser system with regard to, e.g., output power, compactness, and ruggedness. Activities in these fields at TOPTICA are funded by an SME Instrument grant from the European Union. 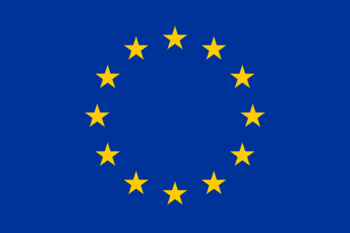